Skip to content
Hey! Are you looking for a mama community? Join our network today!
Menu

So, you’re about to have a baby, or you just had a baby, or you have kids and are in need of a place to socialize outside of your house that can handle the noise/mess/energy that now accompanies you wherever you go. In my opinion, you should look no further than your local brewery. They have delicious beer (duh), space for the kiddos to move around, many have toys and/or games, most have food (some even have kid’s menus) and they’re usually fairly loud. Now, I’m not an expert of craft beer and to be honest I’m not basing this list on the beers (although here in Seattle if a brewery has survived, you can bet it has some amazing brews). Rather, this is a list of breweries where I’ve been able to enjoy socializing with friends while my kid is in tow, and she also had fun. If you’re not a beer drinker or a drinker at all, don’t worry, most offer non-alcoholic options and will feed you (one less meal to prepare—woohoo!).

I live in North Seattle, so I must preface this that my top ten list is almost all North Seattle breweries. This doesn’t mean I only think North Seattle breweries are the best. They are just what I know and have frequented the most. I’ve included breweries I’ve never been to but have heard are amazing for families, as well as, a few that I thought should be mentioned, but just didn’t quite make the cut. I’m sure many of you will have your own favorites to add, so please do so in the comments!

This is my absolute favorite brewery because it is HUGE. We all know Seattle is booming and spaces fill fast. This place is massive, has a kid’s play area, live music, corn hole, giant Jenga, etc. It’s just as much fun (if not more) for the kids as it is for the adults. (Pictured below) 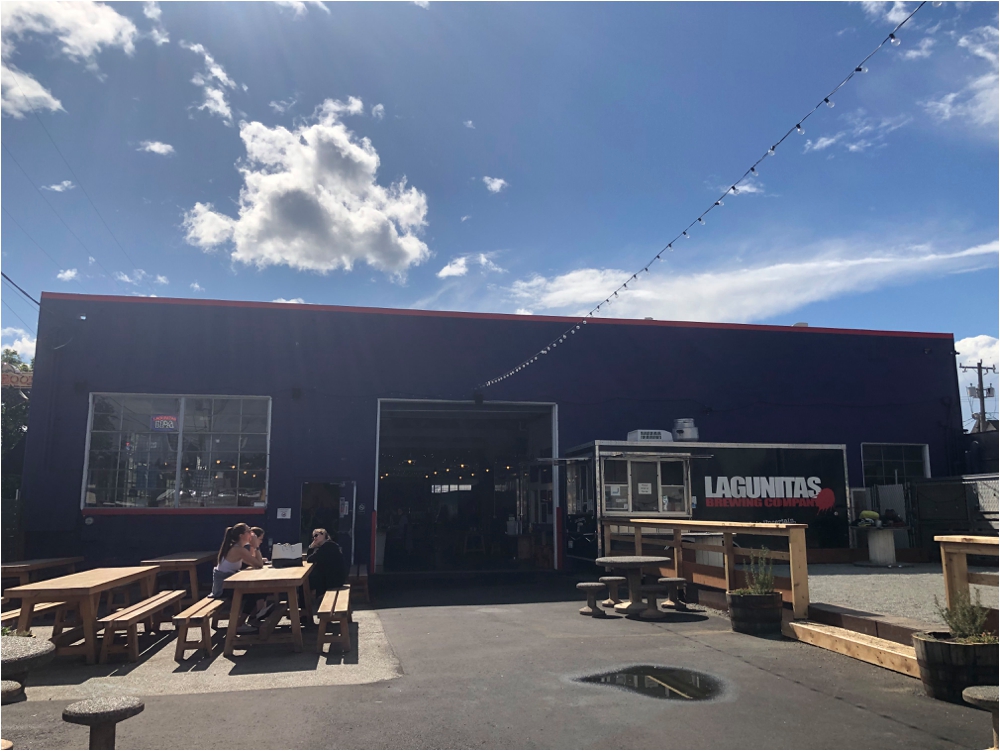 Great beer, an arcade room, and a large outdoor space. What more do you need?

You don’t have to become a member to enjoy this Greenwood space and all of its brews, but you’d be a lot cooler if you did (haha). They always have a good standard beer selection plus a few creative options, shelves of kid’s toys, and food delivered to your table from surrounding restaurants. 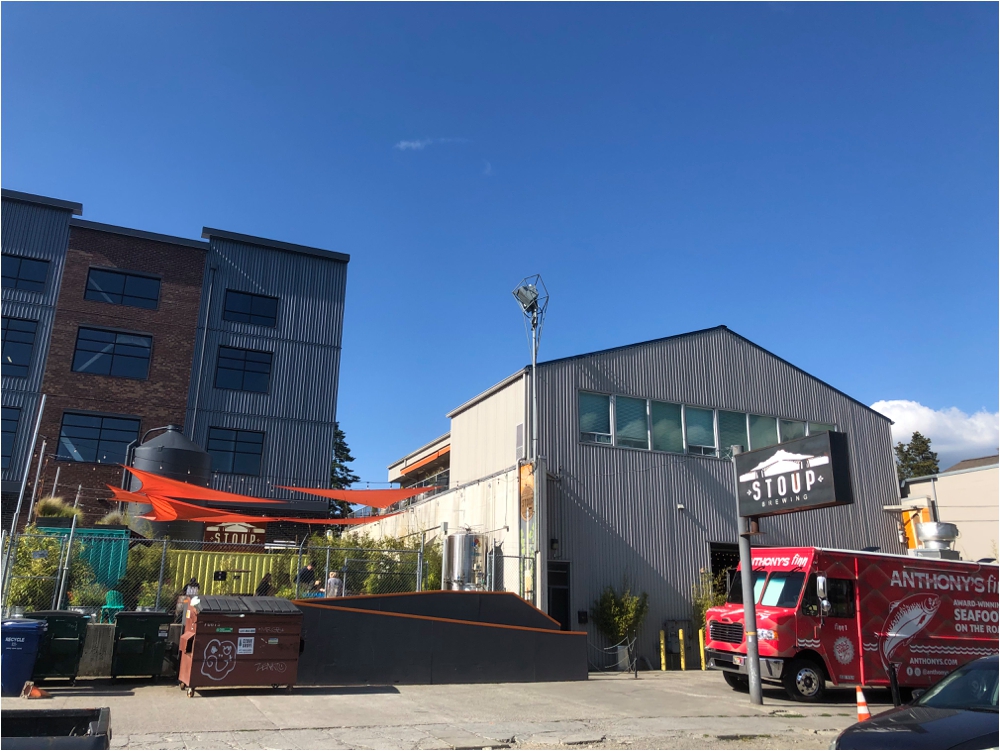 Ok, I said I didn’t create this list based on beer, but Stoup’s beer is so good! Add in rotating food trucks, and an incredible outdoor space and this place has to make the top five even though their indoor space is a little tight with kiddos. (Pictured above)

Look at that, I’ve included a Capitol Hill location! How could I not include it? It’s a huge, kid-friendly indoor space with bocce ball, tasty German beers and food, and kids menu. 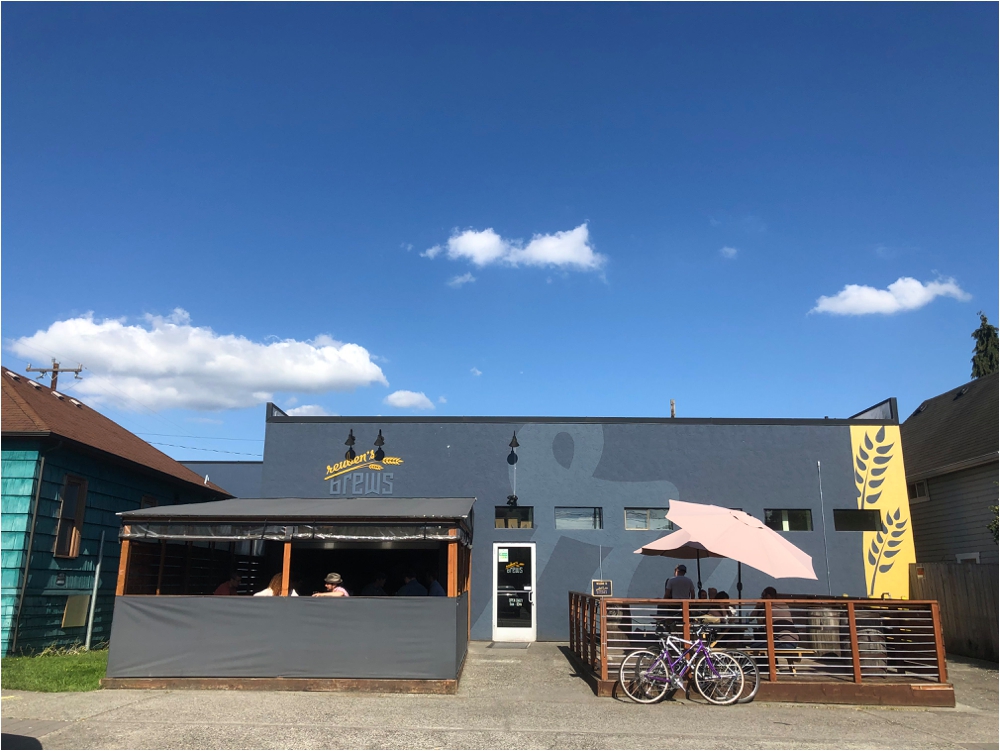 They’ve always had awesome beer and a great vibe, but they almost didn’t make the cut because their space is so small but their new taproom is opening which will be a game changer. They offer rotating food trucks, or you can have a pizza delivered. (Pictured above)

There’s a kid’s play area, 26 beers on top, way more available by the bottle, rotating food trucks, and you can also bring in outside food. It’s a bit down on the list because the space is fairly small. However, they seem to be less crowded on the weekends as opposed to weeknights so that’s a plus.

Two locations (Greenwood and the CD) of approximately 50 beers on tap, more by the bottle and rotating food trucks makes Chuck’s a favorite local hangout. 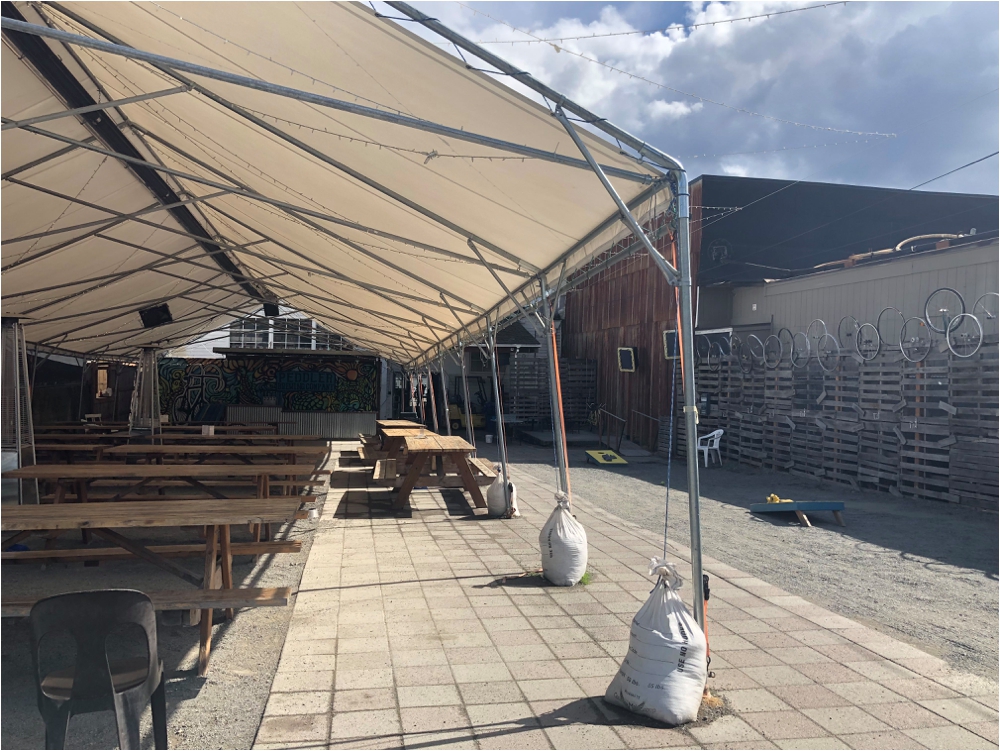 It’s a family friend space with games and a great outdoor beer garden (which they use for holiday movie nights—bundle up and arrive early for a spot near the heaters). Food trucks in rotation & there’s a special order counter for Mean Sandwich is next door, which you should definitely try. (Pictured above)

These guys were at the beginning of this Seattle brewery boom in a tiny garage. Now they have this beautiful beer garden in Fremont that’s perfect for hanging out in with your kiddos during the spring/summer/early fall months. The space can get hectic and they don’t provide food so it’s landed them at the bottom of my list but still a place I’d recommend.

PLACES I’VE YET TO VISIT AND/OR WORTH A MENTION:

McMenamins Anderson School North Shore Lagoon Located up in Bothell but it’s worth the drive. They have a heated indoor pool with an open roof so you can swim with the kiddos and then grab a beer and food afterward. It’s a pretty cool adventure!

Urban Family Brewing It’s a bit hidden over in Magnolia but if you’re in the hood or visiting Discovery Park or the Locks, it would be a great place to check out.

Naked City  They have a huge beer menu and kids menu. Their patio is a great spot when it’s open (but it’s also usually crowded)

Resonate Brewery One for the east siders! Good beer selection with pizza. How can you go wrong?

Optimism Brewing Pictured below – has an awesome kids area and is also HUGE – a big plus in Capitol Hill! 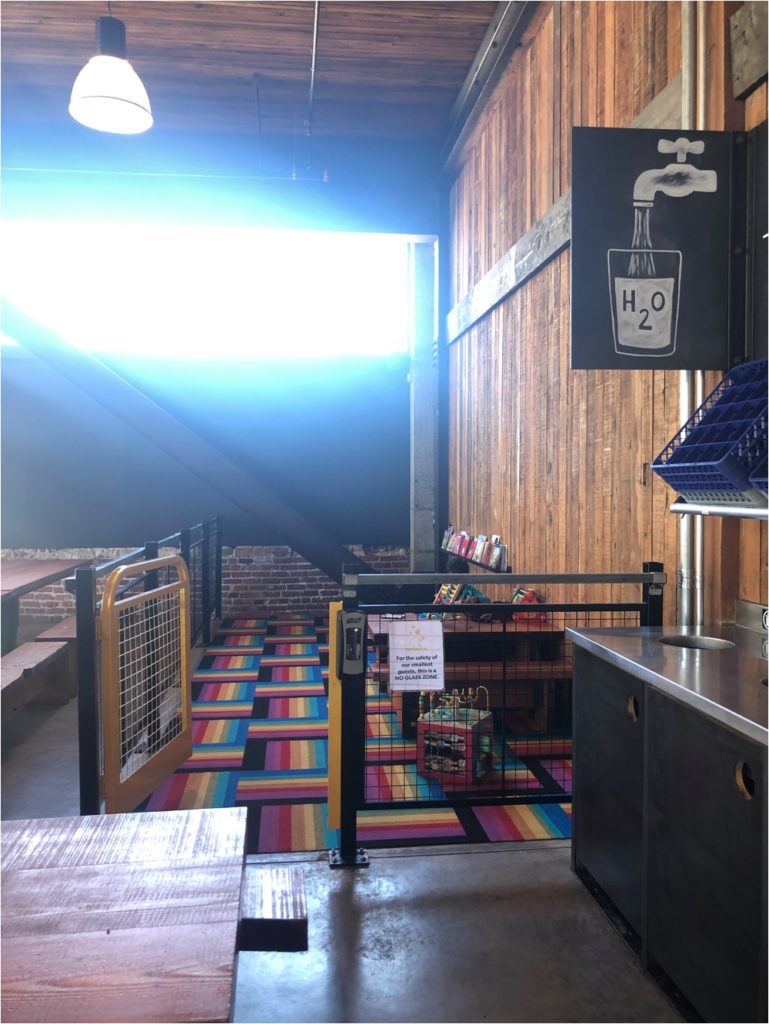 Thank you to our dear friend and Om Mama Collective photography member, Jenn Repp, for putting together this rockstar list of breweries for us!  Photos taken by Meredith McKee Ruth. We love seeing families out and about in Seattle craft beer scene! What are some of your favorite watering holes? Let us know! 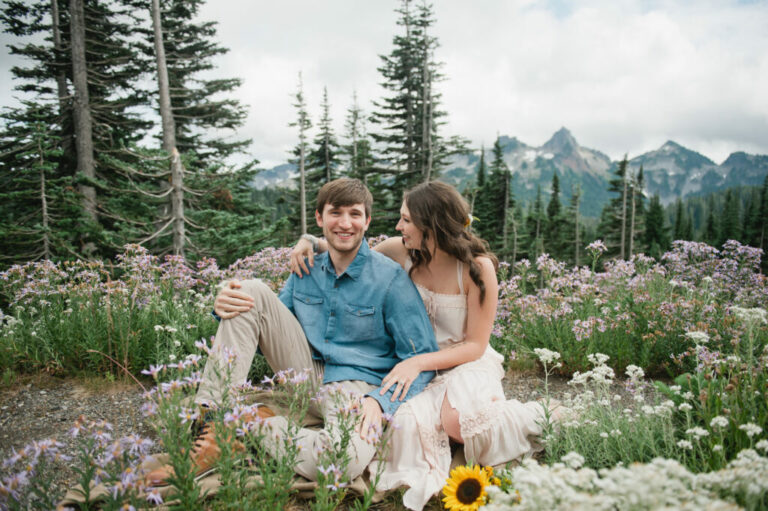 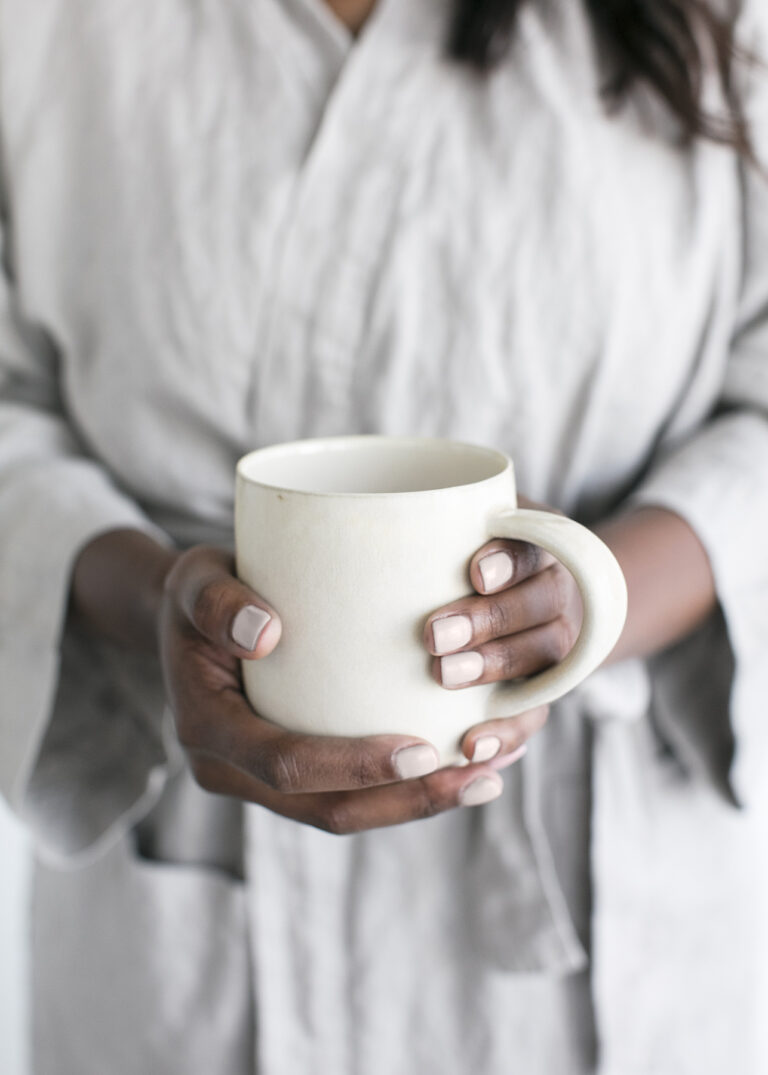 Beyond Birth: Postpartum Care from an Integrative Medical Perspective 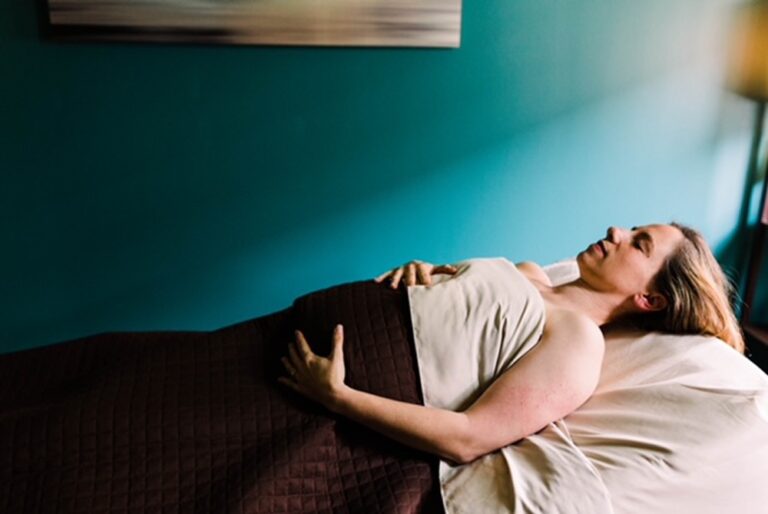 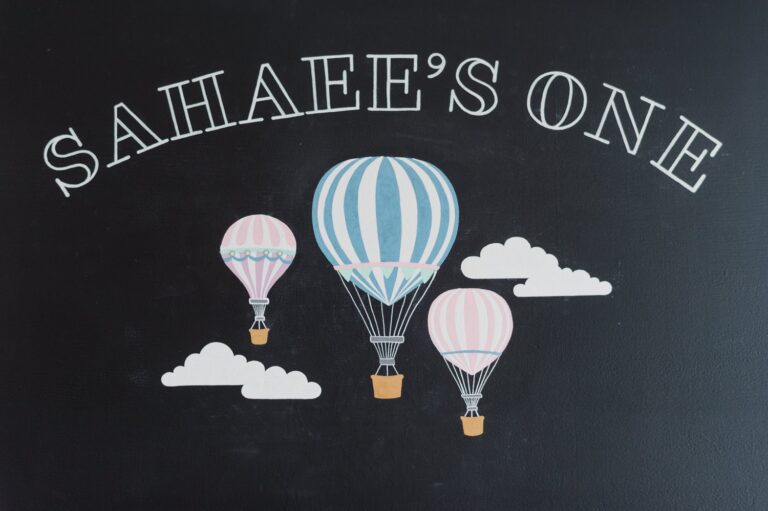 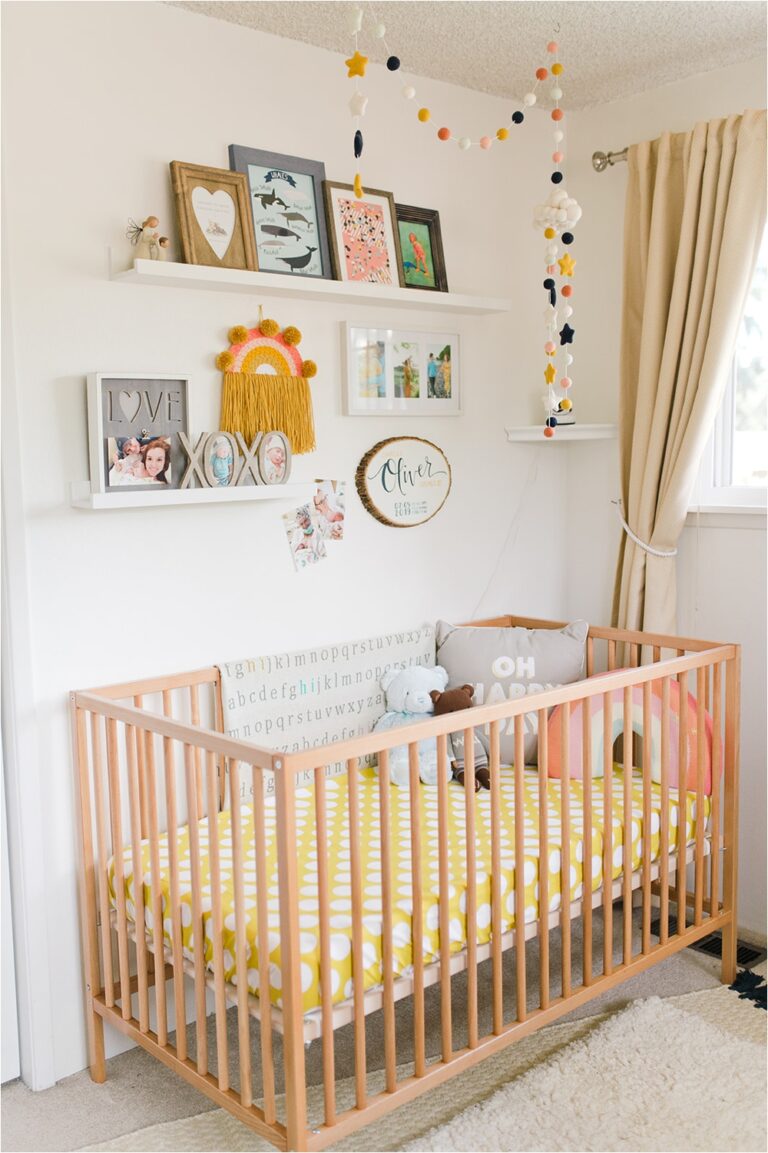 Motherhood is Better Together 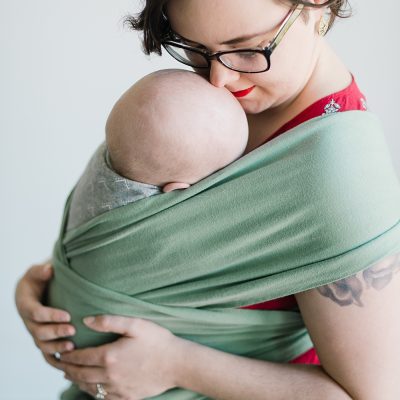 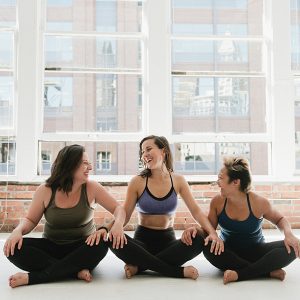 Join the group
Because motherhood is more fun when it’s shared, preferably over a latte, in a yoga studio, or out on a hike.
Join the Group

We’ll keep it simple – you’re busy enough, mama! Want to get a feel for what we’re all about? Join our list and get the latest updates + what’s coming next, delivered right to your inbox every Sunday afternoon.
In your inbox

Check out the Events tab inside our Mighty Network for the latest upcoming events!

BRINGING A BIT OF JOY TO YOUR SCROLL

We’ll keep it simple – you’re busy enough, mama! Want to get a feel for what we’re all about? Join our list and get the latest updates + what’s coming next, delivered right to your inbox every Sunday afternoon.
sign up now