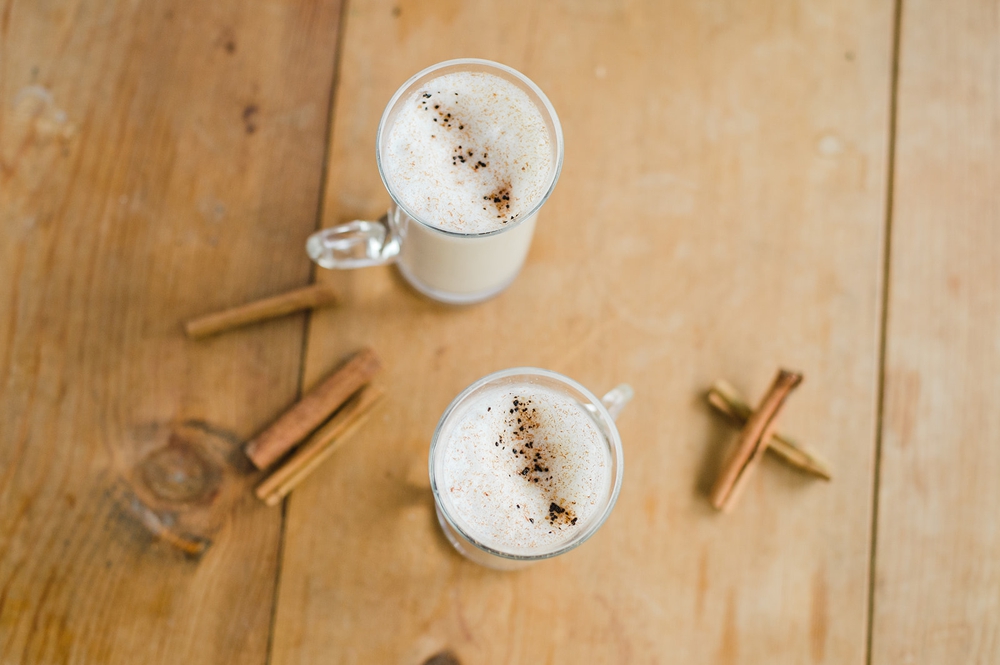 We teamed up with Belinda (a rockstar mom herself) of Happy Camper Cocktails to create a series of seasonal mocktails for Om Mama Co.! I wanted our readers to be inspired to create a little something special for themselves, whether they’re pregnant, nursing, or choose not to drink alcohol in general!

WHY IT’S GREAT: THIS WARM, COMFORTING, SPICED “PICK ME UP” TASTES LIKE A HUG!

How to make it:

Steep the tea bag in hot (but not boiling) water in a mug of choice for about 3 minutes or until the taste is desired strength, meanwhile, heat half and half or milk gently in a heavy-bottomed saucepan with the cinnamon stick inside. The cinnamon stick will infuse as the milk heats. Be sure to heat the milk gently so that it does not scorch, and whisk it as it heats to prevent burning and make froth. When milk is hot, remove the cinnamon stick and add one ounce of the Cozy spiced simple syrup and stir. Next gently pour the milk over a spoon and into the hot tea. Finish with a light dusting of nutmeg or cinnamon on top and enjoy,

bring one cup water and one cup sugar to simmer in a sauce pot over medium heat. Stir only gently and do not let it come to a rolling boil. Reduce heat. Add the scraped vanilla from one vanilla bean, the bean pod itself, 1 cinnamon stick, 1 star anise, and 1 cardamom pod to the mix and let it infuse on low heat for 10 minutes or until desired strength of flavor is achieved. 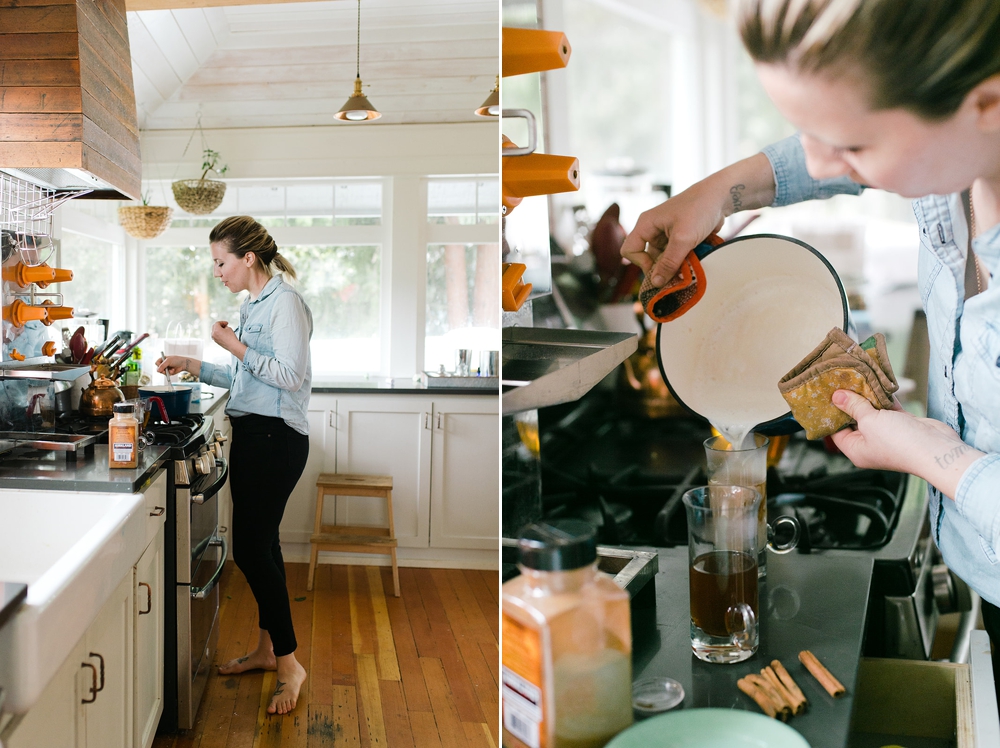 If you like the look of this beauty, see more Mocktail Recipes HERE!